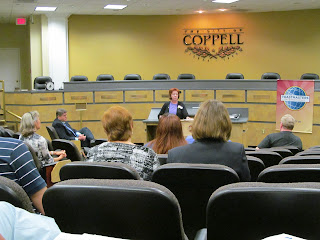 The City Council Chambers in Coppell was the latest stop for the District 25 Demo Team on March 14. The team used their best talents in taking the speaking skills and leadership message to staff members representing several departments from the City. 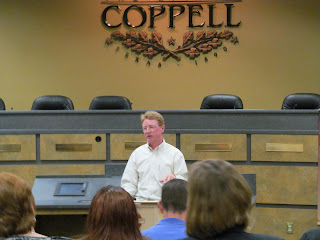 Vivyon Bowman, Director of Human Resources, gave his Ice Breaker titled “My Life With the City of Coppell” and provided the audience with a short glimpse into his 28-year experience at the City.

Kathy Brewer coaxed two audience members into answering her Table Topics questions and the Advanced Speech, “The Power of Storytelling,” was delivered by Mike Sheridan. 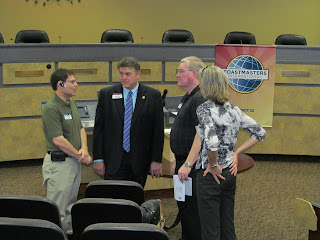 Dean Lampman entertained questions at the completion of the Demo Meeting, after which plans were started for the next meeting day and time.

Measured by the participation of the audience, it was evident that new Toastmasters were ready to begin their speaking and leadership journey into the only organization Where Leaders Are Made.