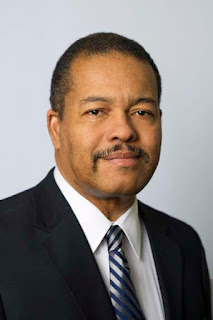 Maurice was the epitome of a Toastmaster in every sense of the word. He was a true servant leader who was always present and always willing to jump in to help in any way. Maurice’s belief in his District theme, “Committed to Excellence,” led the District to achieve Distinguished status during his year as District 25 Governor.

Maurice began his illustrious Toastmasters journey as a member of Plymouth Park/Thumbs Up club, where he remained a dedicated and loyal member. Maurice held several District officer positions and served the District in numerous roles over his years in Toastmasters. He was very dedicated to the District and his fellow Toastmasters.

Even after his District Governor year, Maurice continued to stay very active and visible in the District. In 2015 Maurice was awarded the District 25 Distinguished Service Award. We all have so many fond memories of Maurice from club meetings, speech contests, road trips, demo meetings, District and International conferences, and numerous social outings.

Maurice had a commanding presence about him, and when he walked into a room, you knew someone important and special had just entered. He had a deep, commanding voice, an air about him, and a calming effect on everyone, making him truly stand out from the crowd. He will be remembered fondly for his snazzy attire, booming voice, and of course his extremely enthusiastic singing of “I’m So Excited”! He could laugh at himself too. When people expected him to know everything, he reminded us, “This is the first time I’ve held this position too!” His fun-loving spirit prevailed, even to the end.

Maurice Taitt was a great man, a great Toastmaster, a mentor to many of us, and a friend. Maurice will always hold a special place in the heart of District 25!

Be Our Guest – Workshop Recap