A mentor is someone who shares their expertise with less-experienced individuals. As a Club Mentor, you help a new club to learn the basics of running an effective Toastmasters meeting. At the same time you help the club officers learn to successfully lead their club.

The scope of your duties can be very broad and may include: 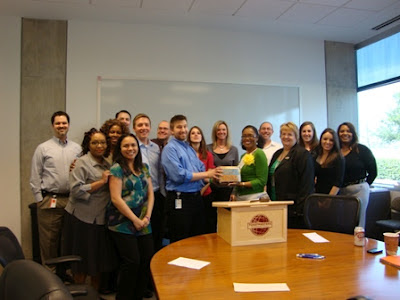 I am helping a newly-established closed corporate club find its footing and get comfortable with running a weekly meeting smoothly. In the beginning I learned quite a lot by just observing the group dynamic. They are goal-oriented and very focused on running an efficient meeting. The officers told me they all spend too much time in poorly-run meetings. They want the TM meeting to be at a higher standard.

When everyone is new to Toastmasters they have a lot of questions about how to do almost everything. At a short debriefing right after the meeting, we discuss refinements and offer suggestions for the next meeting. I usually follow this up with a summary email of my comments to all the officers. The frequent emails are a good way to note progress. Include lots of praise for all the things they are doing well. As Toastmasters we have the tendency to want to fix all the procedural errors that occur during a typical meeting. Be careful to not overwhelm the leaders with too many suggestions. Be sensitive to the fact that a new club is finding their own style and temperament as they learn the Toastmasters way.

After observing a few meetings it was clear to me they needed help with the speech evaluator and the “ah-counter” roles. I used the Successful Club Series Evaluate to Motivate module to strengthen their evaluations. The “ah-counter” role was a larger challenge than I expected. This group is very polite and courteous to each other. The very idea of interrupting a speaker with a clicking sound was so rude to them that no one wanted to be the bad guy “ah-counter.” I kept reminding the officers each week about the value and power of immediate feedback. I also offered to be the “ah-counter,” but they knew better than to let me near the clicker during the meeting! This is where I had to remind myself to be patient and supportive.  I’m pleased to report that over the next eight weeks they slowly started to click some of the crutch words. I congratulate the “ah-counter’s” performance each week, and my goal is to have a vigilant “ah counter” clicking away at each meeting by the time my mentorship is over in August! 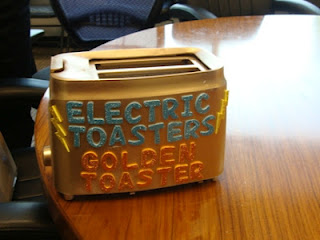 Recently we have been talking about growing the membership. Attendance is still strong with 18-22 members each week but through natural attrition these numbers will drop over time. I suggested that the group talk up Toastmasters and urge everyone to bring guests to each meeting and maybe even start a new member recruitment contest. The Human Resource Director is very supportive of Toastmasters and has agreed to include a 10-minute segment about Toastmasters in a company-wide meeting in August. She is hopeful there will be sufficient interest in Toastmasters to start a second club this fall.

To get credit towards your Advanced Leader Silver Award as a Club Mentor you must attend the meetings regularly for at least 6 months, present two modules from the Successful Club Series, and get the officers to attend the district-sponsored training. TI sends you a form letter when you begin your mentoring. It needs to be signed by the new club president at the end of your six months and returned to TI for credit. I have a loose-leaf binder and keep notes, meeting agendas and my timeline organized in one place.

When I accepted this Club Mentor role I saw the value of getting one more item completed towards my ALS Award but as usual with Toastmasters you receive more than you give. I now have another wonderful group of Toastmaster friends. We laugh and learn from each other every week. I am honored to be a small part of their beginning journey in Toastmasters. Most members are only on speech 2-3 or 4 but the growth in their performances is already significant. The stories they choose to share with each other are powerful and sometimes profoundly personal. They are a group of “quick studies,” helping each other on their way towards excellence. I know I will miss being with them when my mentor role is over.