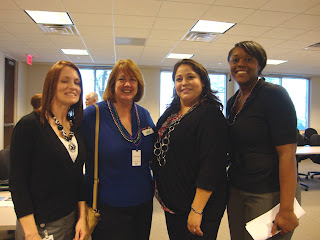 On Feb 21, GM Financial held a demo meeting that was so well attended that a wall had to be removed to expand the room! It was filled with supervisors who came to hear and see the benefits of Toastmasters for their public speaking skills. 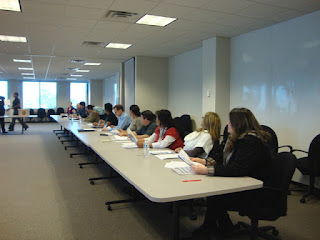 By the time the meeting ended, they had discovered that Toastmasters offers more than just speaking skills.

One of the company’s supervisors shared his story in his Icebreaker speech. He was followed by District Sergeant At Arms James Hansen, who shared his Toastmasters transformation story.

Lauren Midgley challenged two of the audience members to answer questions about themselves in regard to the theme. Both gave great responses and even mentioned topics that could be subjects for future speeches.

During the evaluation portion of the meeting, many of the future Toastmasters were able to respond to what caught their ear in James’ speech. 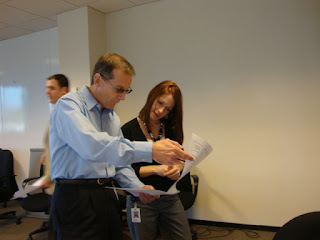 The group is scheduled for their next meeting in a few weeks. They are well on their way to building a strong club, and will offer an environment for their employees to exemplify Toastmasters, Where Leaders Are Made.