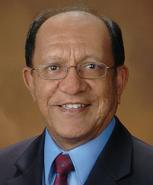 On Saturday, October 15, 2011, the Texas Rangers clinched the American League (AL) Championship series and they are headed back to the World Series for the second consecutive year. What do the Texas Rangers and the Toastmasters clubs in District 25 have in common? Plenty! Five lessons from the Texas Rangers can help clubs succeed in the Distinguished Club Plan (DCP).

Have a Burning Desire to Succeed
The desire to succeed did not begin with the start of the championship series. It began a year ago. Nearly hitless on the November night last year when they lost to the Giants, the Rangers were consumed by their drive to return to the World Series. They set their eyes on their goal and never wavered. Like the Rangers, clubs should set their eyes on their DCP achievement at the start of the DCP year. In June or July of each year, the clubs should set their sights on being a President’s Distinguished Club by the end of June of the following year. Too big of a stretch for a goal? Even if you fall a little short, you’ll end up as a Select Distinguished Club or at least a Distinguished Club.

Set Up a Plan and Stick to It
Rangers manager Ron Washington established the lineup and never thought of changing it or abandoning it, even when his stars, like Michael Young, struggled. You have heard the famous phrase, “Failing to plan is planning to fail.” Establish your plan for being a distinguished club and stick to it. For each DCP goal, assign the member(s) who will be responsible for its achievement.

All-Around Competence Spells Excellence
The Rangers won the AL championship because they excelled in all areas of the game. The batters hit when it mattered the most. The relief pitchers did their job. The fielding was superb. Did you catch the moment when Josh leaped up against the wall in the ninth inning to make an impressive catch? To succeed in the DCP, you must excel in all areas of the plan. Succeed in your educational goals (communication and leadership – first six goals). Excel in membership growth (goals 7 and 8). And, don’t forget the administrative side of the plan (goals 9 and 10, the most easily achieved).

Build Teamwork and Trust
Before the sixth game, Ron Washington said, “We have cohesiveness.” And it showed during the game. Ron trusted his players even when they did not deliver. The players trusted each other. For a club to succeed, all of its members must share the same dream, the vision and the mission. The members should build on each other’s strengths. Those who love to give speeches help the club with the first four goals. Those who like to excel in leadership help with the fifth and sixth goals. All members can help spread the word, bring in guests — your coworkers, friends and family — and assist in meeting the seventh and eighth goals.

Celebrate Each Success
Have you seen the Wash dance? Each time a player does something good, like hit a home run or be aggressive running the bases, Ron Washington dances in the dugout. It’s not just about winning. You enjoy the journey and celebrate each success. On a regular basis, like once a quarter, celebrate the success of your club members and the accomplishment of the DCP goals. DCP is more than just a checkmark next to each goal. It’s about members growing, personally and professionally. When members grow, the club grows.

Yes, the Rangers have won the AL Championship. They say their success or their journey does not end there. They want to bring home the World Series Championship. That’s what they set their sights on a year ago. Your club success does not end on achieving the Distinguished Club status. Go for the President’s Distinguished Club award. All it takes is four CCs, two ACs, two CLs, eight new members, at least four officers trained twice a year, and of course, submitting your dues and officers list on time.

5 Interesting Facts You Did Not Know about Pathways