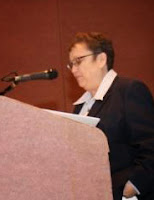 When I joined Toastmasters in January of 2013 it was the right time due to something that had occurred in my life. Toastmasters, for me, has been the ointment that has helped heal up a wound.

In spring of 2013, I attended my first conference as a Toastmaster. Many people thought I was a Toastmaster already, as I had been going to events for the last eight years with my husband, District Sergeant-at-Arms, John Bergs.

I had such an amazing time at that conference that when they announced who was going to be the fall conference chair (Chuck Mencke) I emailed him right away and told him I would like to be the First Timers’ Chairperson for the conference.

I wanted to keep with District Governor Dean Lampman’s theme “Looking forward, giving back”. I wanted to give the First Timers the same warm welcome and great experience that I had.

I received feedback from some of them at the conference. They enjoyed the passport game and were excited to get to meet the leadership team. Two of them already want to “Ride the Wave” for the next conference.

I am so glad I joined Toastmasters (even though it took me eight years) and I can’t wait to see where this journey takes me next. 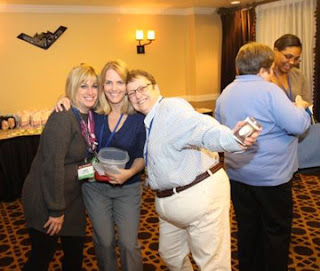