District 25 knows how to celebrate!

District 25’s annual Awards Banquet was a night of celebration. Over 200 members and guests didn’t let the heavy rains deter them from attending the District 25 Awards Banquet, “Celebrate Greatness with Gratitude”, Saturday, September 6.

The care that goes into planning and executing that plan by the committee was evident in every detail. The Ridglea Country Club was selected nearly 9 months ago in anticipation of members, clubs, Areas, Divisions and Districts reaching and succeeding goals set at the beginning of the 2013-2014 Toastmaster year.

Lots of hours go into making this evening such a huge success. When final year-end reports are available from Toastmasters International, information is tabulated and the commemorative Awards Banquet program starts taking shape. The District 25 Hall of Fame is updated with names of members and clubs which documents the successes of our members and clubs. Make sure you check out details on the District 25 website Hall of Fame page as well as listing by club of awards presented at the banquet on the Club Awards page. 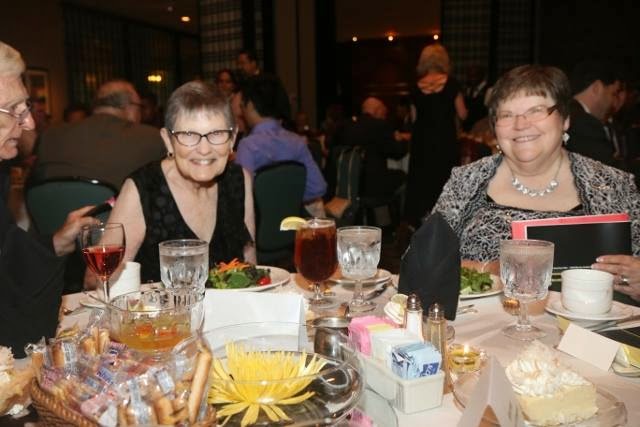 Mary Walker did an amazing job leading the committee along with Bonne Stroman as Toastmaster of the evening. Memories of the evening were recorded by our District 25 photographer, Mark Novak and posted on D25 Facebook. Steve Bomar was available for special photographs.

Pictures of the 2013-2014 were shown as everyone arrived which brought back fond memories of contests, training, conferences and many more wonderful events.

Our outgoing District Governor, Dean Lampman, was roasted by Jamie Pickering. How fun was that!

The final awards of the evening were extra special and well deserved.

Members of District 25 have lots to celebrate including the 5th consecutive year for our District to receive Distinguished status.