The other day Kathy Brewer mentioned, during a club meeting, that we should wear our Toastmaster pins in public in hopes of creating opportunities to tell others about Toastmasters. Just after this meeting and the days to come I had several opportunities to do just that.

After the noontime meeting, I forgot to remove my name plate and went to Discount Tires. I went unprepared. The salesman asked me, “So, what is Toastmasters?”  My response “Um”….   I followed that with a long pause to gather my thoughts and said, “They teach you how NOT to start a sentence with ‘Um’.” I then proceeded to tell him more about Toastmasters. He ended with the common response, “So, you don’t sell toasters! That’s too bad, I like toast.”

This was a wasted opportunity to really be the light of Toastmasters. I failed to represent my club in an effective manner because I was caught off guard and not prepared to give an impromptu speech about the benefits of Toastmasters. 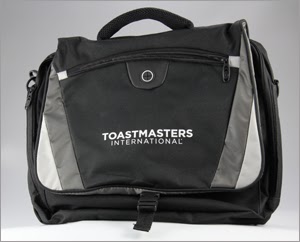 A few days later I was approached by a woman at the train station in Dallas because I was totting a Toastmaster International satchel. This time I was prepared. She told me she has wanted to attend a meeting for a while but had a hard time finding a club downtown. I gave her the great benefits of Toastmasters, offered her my card and told her I would help her find a noontime club in downtown Dallas and an evening club in Arlington.

She has actually contacted me for information and I anticipate her going to a club meeting in the next week. It may not be my club, but any club is better than no club.

Wear your Toastmasters pins in public but be prepared to speak about the organization.