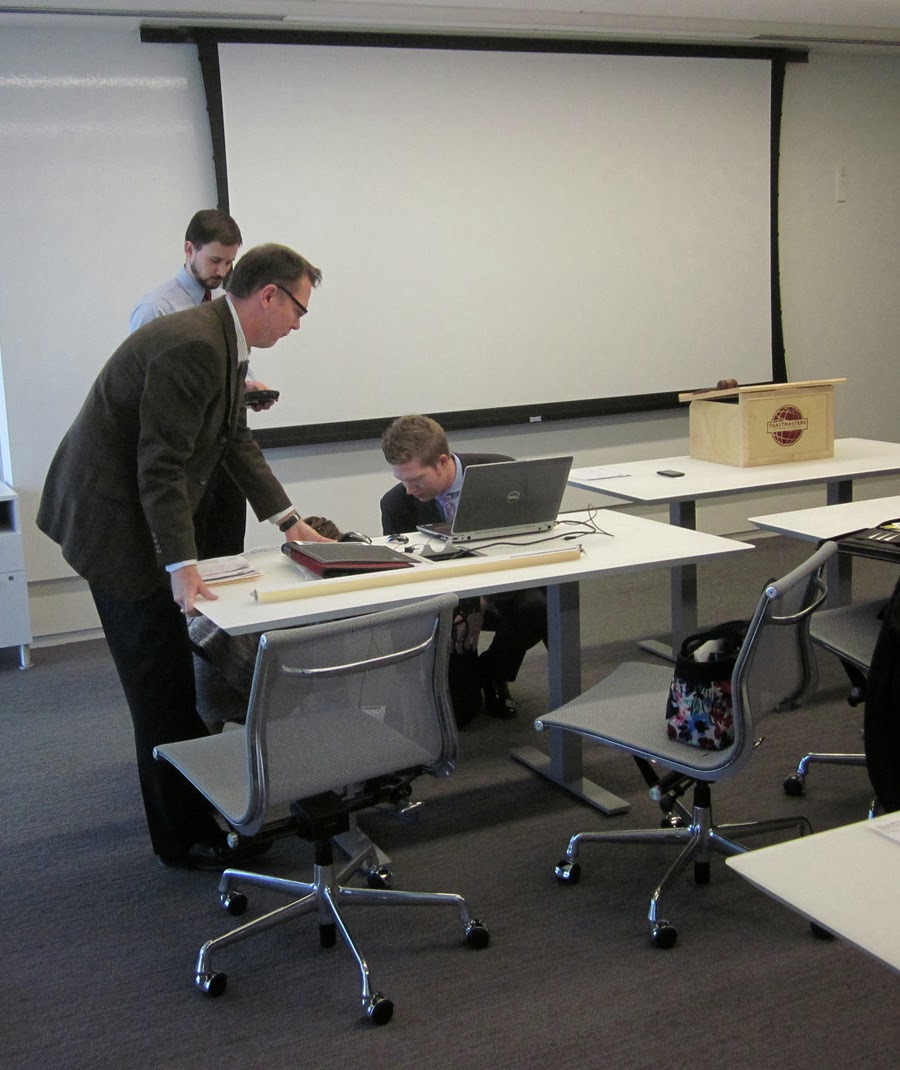 People were beginning to congregate and chairs were filling up. A laptop computer was being powered up and last minute details were being handled. The excitement in the room was building as Bill Peterson, President of District 25’s newest club, called the meeting to order. Sponsors, Mentors, District Governor, Lt Governor Marketing, Public Relations Officer, Area 55 Governor and District News Editor were all present along with most of the club members.

This was the day of the Charter Presentation for Jacobs (AKA Slack Jaws) – Fort Worth Toastmasters Club. 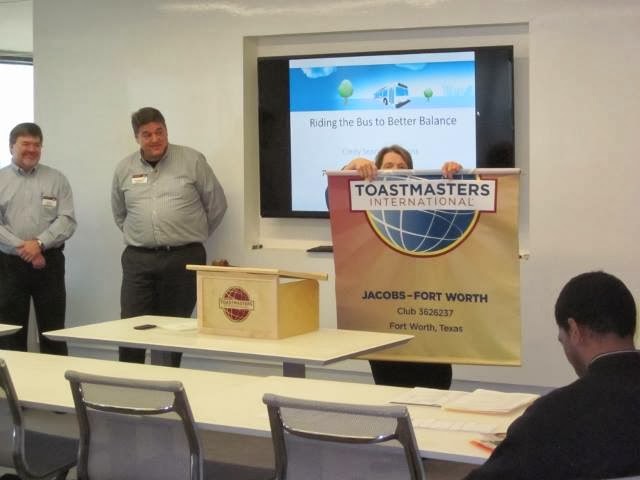 Cindy Hinckley, Lt Governor Marketing, moved to the front of the room and unfurled the new club banner and presented it and the Club Charter Certificate to Bill Peterson. Each member was then presented with a Charter Member Certificate.

Then the Toastmaster of the Day, Scott West led the group into the meeting. Cindy Sears-Clemmons presented a speech on the benefits of riding the bus to work with a powerful power point display. Bill Peterson passed on some good advice he was given many years ago: presentation skills matter, networking is important and not to procrastinate. His regret was that he didn’t take the advice until years later.

Table Topics were entertaining as members marketed random products provided by the Table Topics Master.The meeting wound down with Evaluations and reports.

Afterwards, members talked about how excited they were about the many opportunities provided by Toastmasters. Six of the officers have already been trained and at least one has taken the Judge’s Training.

A great start for an enthusiastic club!