Two D25 Members Have a Better Idea for Leadership 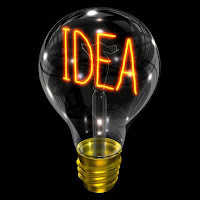 It started in October 2012 with just an idea.

One of those “what if” type of ideas, where two people have a vision in their heads. After much collaboration, Carlos Merla and Lauren Midgley, both D25 members, approached the Grapevine Chamber of Commerce in November of last year to advance their idea.

The idea: Grapevine Chamber of Commerce would host a Leadership Breakfast every month in 2013. Carlos and Lauren would create the agenda, determine what Leadership topic would be presented and discussed that month, and locate the appropriate speaker.

The audience: Members of the Grapevine Chamber and non-members interested in improving their leadership skills and understanding.

The goal: To provide a solid hour of leadership training that was thought-provoking and had a lot of audience interaction.

Thus far, Carlos and Lauren have conducted two sessions. January’s topic was A Leader’s Impact and Influence. February’s topic was Effective Communication as a Leader. The evaluations from the participants in both sessions scored very high.

As Carlos and Lauren were masterminding the February session, they kept referencing many principles from Toastmasters. The light bulb flashed on. Why not tell them how an effective leader communicates and then show them with a real-life example?

Enter Marylee Mims. Carlos and Lauren knew that she would be the perfect guest speaker to add to their agenda.

Carlos and Lauren began the February session by educating the audience on effective communication and then coached them on what to learn and to observe.

Marylee modeled the principles of: “Tell them what you going to tell them, tell them, and then tell them what you told them.” She followed the format of sharing three points as she did a 5-minute presentation on the “Stages of Love.” Marylee had vivid word pictures, strong gestures, purposeful movement and a wonderful story that connected with the audience. She was the leader that day, demonstrating effective communication. All three of them showcased Toastmasters in a very positive way.

If you would be interested in attending these breakfast sessions held on the fourth Friday of the month in the Grapevine area, contact Lauren Midgley at 817-965-4244 or email her at Lauren@LaurenMidgley.com.