I attended my first Awards Banquet my fourth year in Toastmasters. I had heard about the banquet, but didn’t think I needed to go. What was the point? Everyone gets educational awards in the mail and our ribbons show up quarterly. 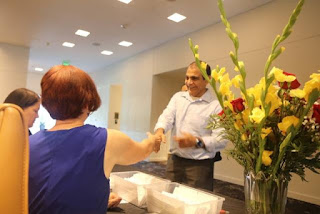 Then two or three people suggested I attend.

I don’t remember if they told me why I should go, but since I didn’t have a good reason not to go, I decided I would.


Do I know these people?
As a first time attendee, I wondered how many of the people and clubs I would know.

The answer turned out to be far more than I expected. 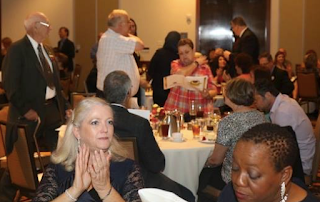 My copy of that first D25 Awards Banquet program has underlining on twenty of the twenty-one pages listing awards.

Each line represents a person or a club that I knew.

I underlined six Toastmasters who had achieved three or more education awards that year. Two of those I knew well, two I had met at the spring conference, and two others were Toastmasters who were helping me learn to lead.

One of my good friends had earned her Advanced Communicator Bronze. I was surprised, but thrilled, to see her name.

Underlining my own name under Competent Leader and Advanced Leader Bronze reminded me that I had expanded my goals in Toastmasters over the last year.

Those lines offered objective proof of my progress in meeting those goals.

What about our area clubs?
In the Club Awards, my home club, Clearly Speaking, Club 5440, was listed twice for the Super 7 Award, as we had all our officers trained during both of the training periods.

Clearly Speaking was also listed as a Pacesetter Excellence in Leadership for 3+ Leadership Awards.

I hadn’t even known it existed, but I helped my club earn that award!

The new club in our area won Select Distinguished. That’s a major accomplishment and I would not have known about their success if I hadn’t attended the Awards Banquet.

I also learned about the history of my own club. Clearly Speaking had been Distinguished for the past eight years. Wow!

I needed to share that at our next club meeting.

Then I read that the club nearest mine had been President’s Distinguished for fifteen years in a row!

That was amazing–and a challenge.

Could we rise to the challenge?
My club earned President’s Distinguished in 2016. Could we continue that streak?

The answer to that question is yes. 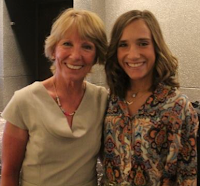 I highly recommend you grab the opportunity to attend the Awards Banquet.

You will meet new people, celebrate with folks you know, and maybe, like me, you will learn something and find your next challenge.

You can register here.