My Journey as Area 65 Governor

As Area 65 Governor, I challenged myself to go beyond the required two official club visits.  Attending all club meetings would be the best way to learn each club’s needs.

Amon Carter Oratorsbarely had low membership.  The club welcomed  club coaches Bonnie Crawford and Kathy Brewer  worked together to identify opportunities and implement changes.   The members began to see that holding an officer role was a leadership opportunity and a stepping stone for leadership awards within the Toastmasters program.  They changed the meeting time to better meet members’ schedules.   They alternated buildings for their meetings.   By staying open to positive change, the club finished the year with Select Distinguished Club status.
AAFCU was steadily adding DCP goals.  But in the spring several members moved and the number of members dropped to 10.  The club’s morale was extremely low as having to add 10 members in six weeks seemed unreachable.   As Area Governor, I requested support from my other area clubs and district leaders who I knew would help.  One by one visitors came and joined this club.
Ft Worth Project Management realized that to meet the number of goals the members wanted to achieve, the club would need to meet more than once per month.  They now meet twice a month and were able to finish the year as President’s Distinguished.
My home club, Flagship Speakers, took their activity to new heights.  As their Area Governor, I told them it wasn’t good enough to be “just OK” but that we needed to be the best club that we could be.  All it took was encouragement to various members and team work to make sure speeches happened!
It was a very rewarding year for me.  I saw that it was very beneficial to visit my clubs as much as possible.  I learned that being positive and believing others can succeed will help them adopt that vision for themselves.  One never knows whose life we are touching.  We should always make that “touch” a positive one.
Thank you to Kathy Brewer and District Governor Marylee Mims for encouraging me and believing in me as I traveled through my Area Governor journey.
In helping my clubs reach their goals, my area reached its goals, Division F met its goals and our success helped District 25 become a Distinguished District. 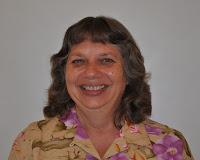