Announced at the February 2015 meeting of the Board of Directors, new district leader titles will take effect on July 1, 2015.  The decision to change the titles was based on the findings of the Board of Directors Committees in an effort to have the titles better reflect the responsibilities of the leadership roles.  Also to use titles to parallel the corporate world.

It will take all of us a period of time to get comfortable with the new leadership titles but soon they will become familiar and easy to remember.

The new titles will apply to elected and/or appointed district leader positions for the 2015-2016 program year.

Who would have thought I’d be the “Last District 25 Governor”?  I am looking at it as an unexpected “honor”.  With all of us working together, we can have this year be one of achievement and excellence.  A nice way for this chapter in District 25’s history to conclude! We have until June 30 to reach our personal, club, and district goals!

The exciting news is that the next senior leaders of our District will be the first District 25 Director, the first Program Quality Director, and the first Club Growth Director. They will start a new chapter in our District’s history.

Keep in mind, even with the new updated titles, Toastmasters is the same organization with the same core values and goals of developing communication and leadership skills.

Follow this link to see the new leadership titles effective 7/1/15.  Please review these changes when considering how your clubs will vote at the Annual Meeting of the District Council on May 2, 2015.

We will be moving into the future together! 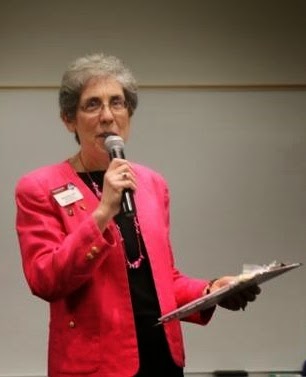