Friday Night Fun at the Conference

I am so pleased that on Friday night, the first night of the 2014 Fall Conference, there was so much participation in the Friday Night Fun!  This year we hosted a 90th birthday party for Toastmasters, and all historical figures were invited. Some guests included the Statue of Liberty and Amelia Earhart. 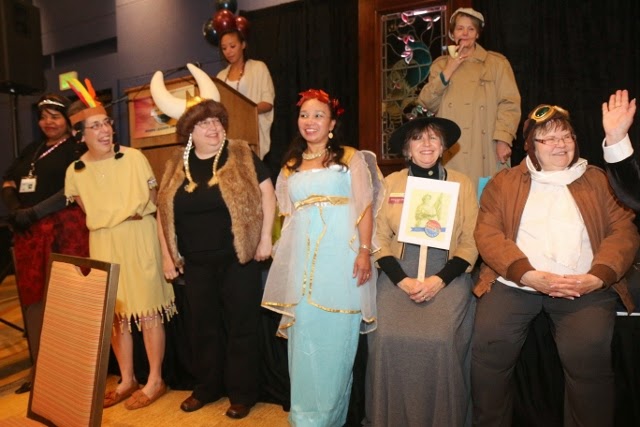 Everyone gave introductions of themselves at the lectern in true Toastmasters style.

The Division Governors as judges cast their ballots and the winners of the four categories were announced.

And. . . , the winners were:
Best Male – Roger Giddan as the Mad Hatter
Best Female – Freddie Pick as Helen of Troy
Most Unusual – Jacquelyn Martin as Jeanette Rankin
Most Clever – Danny Cazzola as Albert Einstein

Thank you all for your participation; it was a fun get together!