Cooke County Area Toasters in Gainesville invites everyone to attend an Open House on Tuesday, April 29, in the Library Lyceum at North Central Texas College, 1525 W. California, Gainesville 76241. The program will include special guest speaker Alex Cord and a short Toastmasters meeting, followed by a dessert bar. 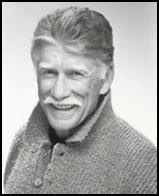 Alex Cord is an accomplished horseman, and his love of horses has been a passion throughout his life, one he shares with his wife Susannah. As a child he conquered polio. A five-year rodeo performer, he survived being thrown by a bull. During that long recovery, he made a life-changing decision to return to school and earn his high school diploma. He continued his education at New York University, where he studied Literature. He enjoyed a distinguished stage career, and starred in over 30 feature films and over 300 television shows. Later, he became an author with the publication of “Sandsong” and “A Feather in the Rain”. His third novel, “Days of the Harbinger”, was published in 2013.

Cooke County Area Toasters is a diverse and lively club and welcomes everyone over the age of 18 to join. Guests are always welcome. The Toastmasters program helps members build self-confidence in a welcoming environment as they develop communication and leadership skills.  The club was chartered in June 2011, and has earned the highest level of club achievement, President’s Distinguished, two years in a row. For more information, contact President Kay Kinser at 469-757-4343 or VP Membership Pauline Lesch at 214-212-9417.

Regular club meetings are each Tuesday from 6 pm to 7 pm at NCTC in the Planetarium building, Room 807. For up-to-date information, go to www.ccatoasters.org  or www.facebook.com/ccatoasters.