The Stars Did Shine at the District Contests 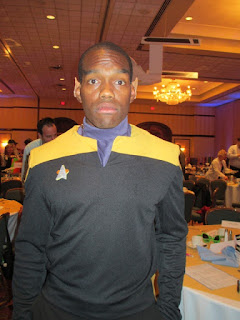 Oh my lucky stars! The events at the Friday night contest transcend all logic and reason as the conference attendees were beamed into outer space, with a star studded cast of Star Fleet officers and a host of alien guests. The evening Contest Toastmaster was Star Fleet’s stoic Vulcan, Commander “Tuvok”, also known as Ogewu Agbese. With greetings of “Live Long and Prosper!” the evening started out with sci-fi thrilling close encounters of the best kind. There were six Table Topics competitors, one for each division, from A-liens to Division F-straterestrials. The Crew and audience all became starry eyed, as we stepped into the unknown with our Table Topics competitors and explored some the most exciting moments of their lives. 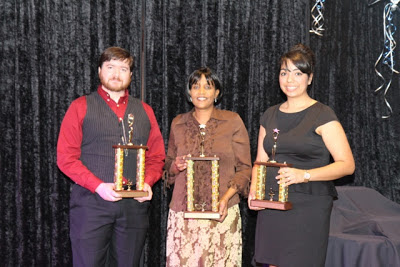 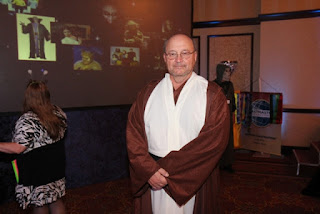 On Saturday, the Force was with us, when Jedi Master “Obi-Wan Kenobi,” George Arndt took the stage as our Contest Toastmaster. The audience was transported across time and space with Aparna, as we joined her “Train Journey” to distant India. We traveled the “Road to Happiness” and learned the 3 P’s with Larry. We sat enthralled as DJ extolled a century of wisdom on how to leave a “Legacy.” Edgard brought us into the center ring as we learned couples’ sparring etiquette with “Let’s get ready to RUMBLE!” We were enlightened with song and story, as Jyothi inspired us with “The Guiding Light.” With breathless anticipation we learned that the true “Meaning of Success” with Cedric is not what honor the world gives us, but extending ourselves to the people in our lives. 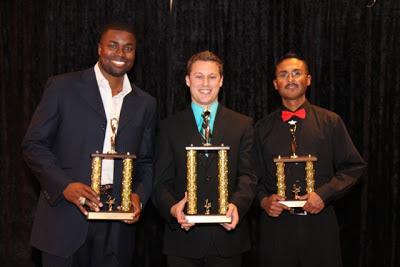 Special congratulations for DJ Swinyar, District 25 International Speech Champion! He will go on to compete on the International Stage in Ohio this August. Good luck DJ! May the force be with you!

The 2012-2013 Contests are now concluded! I would like to extend a gracious  thank you and recognition to all the contestants, helpers, judges, Area, Division and District Governors and staff that worked long hours planning, preparing and executing the fabulous contests this year. A special thanks and recognition for Diana Pittman, District Chief Judge and her assistant, Steven Timmons, the contest chief of staff, and other judges for their tireless and amazing diligence and attention to detail administering the judging at all the contest events.

To all the District 25 Toastmasters, it was an honor serving you this year as your District Contest Quality Chair.

Past winners of speech contests