Larry Just Wants to Be Involved in Contests

I found out the whole other side of the contest. For three years I had spoken in the club contests. I had put my speech together, practiced, and made it the best that I could. I had delivered great speeches, executed to the best of my ability at the time. But I never saw what it took to put on an Area Contest, a Division Contest or even a District Contest. This year I drew back the curtain and saw more of what goes on behind the scenes.

As an Area Governor, I was responsible for making my own Area Contest happen. This year with the combined Contest locations, that was one less worry. I took on the challenge of being the Contest Chair for my own area. Ensuring that I would have club contestants, decorations, agendas and food (we can’t forget the food), I saw the contest coming together. 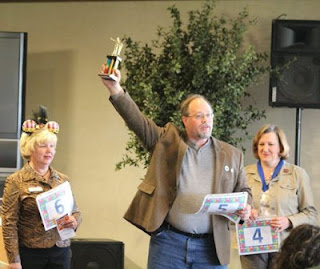 For the Fall TLI, I had taken the Judges certification and the Chief Judge’s training. I was able to judge a few contests. As a contestant and a bystander, I knew when someone delivered a good or even a great speech. I could see what, in my mind, I would have done differently, where their strong points were and when they nailed their speech. I never knew how difficult it was to be a judge, to really break someone’s speech down into points. And being the Chief Judge for contests opened my eyes even more as to how the contest season operates.

At other area contests, I volunteered to be Ballot Counter, Timer and even Sgt. at Arms, helping in any way that was needed. I even volunteered at the District Conference; helping with registration, meeting and greeting conference attendees in my clown outfit. 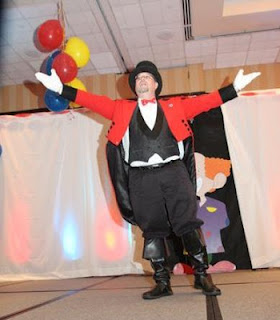 My biggest and best surprise was when the Contest Quality Chair Deb Sanford asked me to be the Contest Toastmaster for the District Humorous Contest. I was thrilled and immediately said YES. After much thought about the theme of the conference, I felt that wearing the hat of Ringmaster was the only logical choice for me. I created my contest intro, allowing my voice to be heard and helping to make the District contest the The Greatest Show on Earth.

I realize that even if you don’t compete, there are plenty of places where you can volunteer to help. Helping in your club contest, being the Contest chair, contest toastmaster or even going outside your club to the Area and Division levels, there are great learning and leadership opportunities around every corner.  Just be involved.