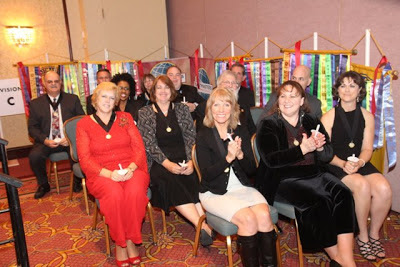 The newest District 25 Distinguished Toastmasters are:

Each new Distinguished Toastmaster was presented a DTM Medallion, badge and plaque from Toastmasters International. Many friends and relatives, as well as conference attendees, were present for the candlelight ceremony which immediately followed the Conference dinner.

More photos of the DTM Ceremony and the entire Conference are in the D25 Facebook albums.