Did you have Fun at the District 25 Spring Conference, “Ignite the Flame?” I definitely did! My flame is ignited, and I cannot wait for Fall Conference. I am 100% positive that there was no comparison between District 25 Toastmasters and any other group at the Sheraton. Of course, I may be a little prejudiced, but those high school table tennis players and bull riders don’t have anything on Toastmasters Rocking the Sheraton and Having Fun!

Starting the entire weekend, the Banner Parade was so like the parade of nations. The parade was led by the Toastmaster of the Year Susanne Nickerson and Rookie of the Year Steven Timmons. This culminated in a lighting ceremony to Ignite the Flame by the Top Three. It really was just like being at the Olympics.

Speaking of stories, there were more tales being spun and more laughter than I have heard in a long time at the Tall Tales Contest. Such a good bunch of liars! The level of presenters at the International Speech Contest did not leave any room for improvement, either. The competitors at both contests were definitely the Best of the Best in District 25.

Once is not enough to say something about Friends at the Forum. Every time you entered there were new and old friends to mingle with. Some of the singing was pretty good, but that version of “Half-Breed” kind of left something to be desired. Remember, what occurs at the Sheraton’s Friends at the Forum, stays there, unless of course, there is evidence — I mean pictures.

The Leadership Breakfast with our most senior Toastmasters was an enlightening experience. The stories of the members on the panel left everyone looking forward to a never-ending, fulfilling future in Toastmasters.

The Education Sessions were superb! District 25 has a long history of selecting wonderful presenters for the conference. Education Chair Cindy Warmbrodt secured a diverse group of excellent presenters on Communication, Leadership and Personal Growth. Everyone who came to talk to me had nothing but  excited looks in their eyes and told me of their plans to use what they learned in their clubs and lives.

Gold, silver and bronze were abundant at the Go for the Gold luncheon. We are quite the group of over-achievers! It was a golden honor for the District to present the Communication and Leadership Award to Dale Hansen, just as it was an honor to listen and learn of his many communication encounters.

Speaking of award winners, the DTM Ceremony still moves me each time I attend. I remember my first, and the impression it left on me. I know the seven lucky recipients were equally moved, and will always remember this event. Congratulations to the new Distinguished Toastmasters! Always remember you are part of this very elite group.

The Installation Ceremony of the 2012-2013 District Officers was also very moving. Listening to District Governor Diana Patton’s words, I will always have the image of her in sunglasses, a crown, and waving her wand. She has been a great leader and mentor to all. Then it was the words of District Governor-Elect Bonne Stroman, which led us to hope for more success in the future with new learning opportunities before each of us. 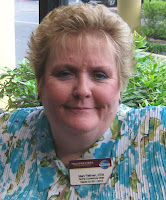