The oldest active Toastmasters club at Lockheed Martin’s Fort Worth site, Quicksilver Express, was chartered in 1981. At present, three additional clubs are operating: Fighter Enterprise, LM AeroSpeakers, and Project Managers and Systems Engineers. There are more than 75 members in these clubs. 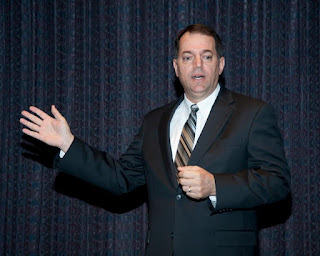 Photo by Tom Harvey, Lockheed MartinLeaders from District 25, Division A, Area 15 and members from the four clubs were in attendance during the presentation.