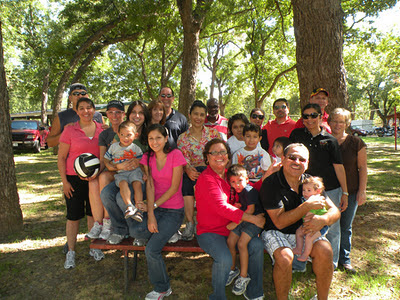 It has become a tradition at Fighter Enterprise Toastmasters Club to have a summer picnic at the Lockheed Martin Recreation Area. On Oct 1, members dedicated time to spend with fellow Toastmasters and their families. The aspiration was to play volleyball, try various food dishes and have some fun. Longtime member Jack Esparza was in charge of creating the teams and organizing the volleyball game. Our main food organizer was Lidia Barboza, VP Education. Instead of the traditional barbeque, this time it was decided to have a potluck – an excellent idea because we had the chance to taste the best of everyone’s home cooking and try various international dishes such as beans, tacos, tostadas, homemade cookies, and the main entrée – smoked ribs by our club’s top chef, Abi Fanimokun. We were able to exchange some tips on cooking, and also found some similarities between our cultures – it turns out that Iran and Bulgaria had some food dishes in common – a yogurt and cucumber salad.  As a result of the picnic we formed many great memories and made wonderful new friends and acquaintances.  All Area 15 clubs were invited to the picnic, and members of the Quicksilver Express club did attend.